Offering up to four times the capacity of the original Serverhouse Cams Hall site (some four miles to the east) the new data centre is a former EE/Orange regional switch site and has undergone a thorough refit since Serverhouse acquired the site in summer of 2017. Under the new configuration the first data hall will service nearly 400 racks at up to 4kW each on average or a maximum of up to 22kW per cabinet and offers further scope for longer term expansion.

Three fibre networks are already on-site, Vodafone, Virgin and BT and the facility also benefits from a 20 metre tall six-legged telecoms tower. Serverhouse now run their own network on 10Gbs wavelengths between the new site, Cams Hall and up to London Docklands. The Serverhouse network also benefits from a direct Level3/Centurylink transit connection in Cams Hall, so offering complete diversity to Docklands.

Being located only 200 metres from the much larger 8MW/60,000 sq ft SCC data centre also on Brunel Way, Serverhouse would appear ideally located for smaller data centre users seeking a carrier neutral colocation services on a per rack basis in this area, whereas SCC’s focus is on much larger customers and managed services. Both SSE and Level3/Centurylink networks are also available in the SCC facility so nearby to the Serverhouse site for future connectivity options.

The Colo-X data centre data base includes only three south coast based colocation facilities, the SCC site mentioned above and CogecoPeer1’s site 15 miles to the east in Havant on the Langstone Technology Park. The nearest alternatives will be up the M3 towards Farnborough.

Serverhouse is one of the oldest ISPs in the country and began operations on their original Cams Halls Estate campus in 1997. The two smaller data centres here offer a combined 0.5MW and are of a Tier2 standard, with much lower power density of 2kW/10Amps per rack on average, reflecting their age. In the Walled Garden part of the site Serverhouse offer containerised data centre services with ample room for large satellite dish deployment.

Despite being a relatively small operator in the UK data centre market Serverhouse now have an impressive and scalable facility where their team will be able to offer retail colocation clients a level of flexibility and support that larger operators will struggle to match, as well as an attractive commercial price point. Contact Colo-X for more details or pricing.

The Serverhouse Fareham facility is the 106th operational colocation facility in our UK data centre data base which now includes a total of 112 facilities, the balance of six further facilities being announced but not yet operational.

Since 2016 we’ve added 10 new facilities to our data base, four of which have been opened in the M25 market and the balance in the regional UK market (away from the M25). 73% of this new capacity can be found in the London and M25 market. 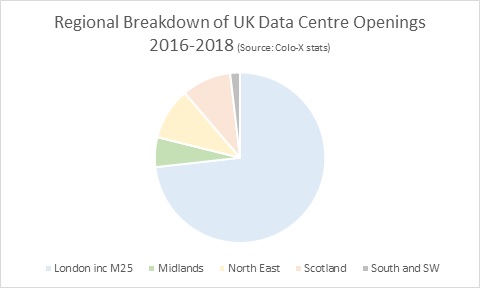 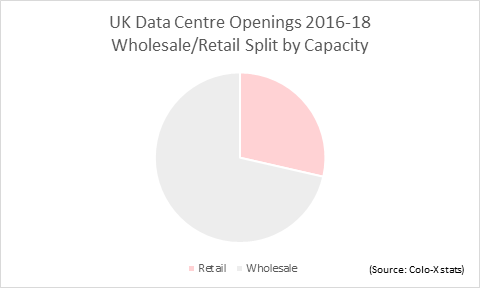 Get the help of our consultancy

Gain specific insight into how our data centre consultancy services can help you.

We use cookies to give you the best experience on the Colo-X website. If you continue to use our site, we'll assume that you are happy with this.That's fineRead more